Founded in 1819, Vandalia, Illinois is located in Fayette County. The origin of the name is uncertain, but the name probably is derived from the Germanic Vandal tribe. Other explanations of the name hold that it is a latinization of a Dutch family name or that it refers to a small Indian tribe of the early 19th century. Vandalia, Illinois is unique in its beginning history as a city, in that from its inception it was known that it would be the state's capital city. It seems that Kaskaskia, the first state capital and also the territorial capital, was situated so poorly that it was under constant threat of the great Mississippi River floods.

In 1819, Congress donated land to the new state of Illinois for a capital city. Five commissioners were named to choose the actual location. Traveling up the Kaskaskia River in May 1819, they chose a wooded area known as Reeve's Bluff, located on the river's west bank about 90 miles northeast of Kaskaskia. Surveyors, axemen, and others were soon struggling to build a town before the December 1820 meeting of the Illinois General Assembly.

The first of three capitol buildings to stand in Vandalia was a plain two-story frame structure. The entire first floor served as a meeting place for the House of Representatives, while the second floor was divided into rooms for the Senate and the Council of Revision, which consisted of the governor and justices of the Illinois Supreme Court. Executive offices were located in other buildings. The state treasurer transacted business at his home, while the auditor and secretary of state worked in the brick building that housed the state bank. The bank building burned on January 23, 1823, consuming most of the state's financial papers, and the capitol was destroyed by fire the following December. Vandalia's second capitol building was built during the summer of 1824 by residents who feared removal of the capital to another town. Like its predecessor, the building served primarily as a meeting place for the general assembly. State executive offices and the supreme court seemed to have had no permanent quarters.

The building had been constructed hastily, and the effects were soon apparent. By 1834 its floors sagged badly and the walls bulged dangerously. Two years later people refused to enter the building for fear it would collapse. Vandalia residents, frightened by an 1834 referendum to relocate the capital, constructed a third capitol building, the one that stands today. Work began in the summer of 1836 with efforts to salvage material from the old building. Though workers attempted to finish the building rapidly, much remained to be done when the legislature convened in early December. Plaster in second-story rooms was still damp, and rooms on the first floor were barely begun. This third capitol building was of simple Federal design. Larger than any of its predecessors, the building provided, for the first time, space for all three branches of the government. The first floor contained offices for the auditor of public accounts, secretary of state, treasurer and all members of the executive branch as well as chambers for the supreme court. There was no space specifically assigned to the governor. The whole second floor was devoted to the needs of the general assembly.

Abraham Lincoln assumed the first statewide office of his political career at Vandalia. He arrived in the capital city in late November 1834, and the freshman legislator took his seat on December 1, 1834, in the dilapidated second statehouse. He began his second term in December 1836 in the capitol building that stands today. Abraham Lincoln, the sixteenth President of the United States, made his first public speech against slavery in the building that stands today in 1837. While at Vandalia, Lincoln worked for passage of an ambitious internal improvements bill and made a long speech in the House of Representatives on January 11, 1837, opposing a resolution to investigate the state bank, a move that would have damaged the state's ability to finance improvement projects. In his first published speech, Lincoln announced that he would oppose any move to injure the bank's credit. Lincoln studied in earnest for a career in law during his time as a legislator, and he was enrolled as an attorney before he left Vandalia following the legislative session that ended in March 1837. He returned to Vandalia twice for sessions before the capital was moved to Springfield in 1839.

The last session of the Illinois General Assembly to meet in the Vandalia Statehouse closed on March 4, 1839. Before adjournment the legislature passed an act presenting the building to Fayette County and the town of Vandalia. The western half of the building was used as the county courthouse, while the eastern portion was to be used by the town for school purposes. In 1856 Vandalia sold its interest in the building for $3,150. Shortly thereafter, county commissioners authorized an extensive remodeling, including the addition of the porticoes that visitors see today. On August 5, 1918, the State of Illinois purchased the old statehouse and public square in order to ensure its preservation for future generations. Though owned by the state, the building continued to serve as the Fayette County Courthouse until 1933, when county offices moved to new quarters. In the 1930s and 1940s the State of Illinois carried out a major effort to restore the building to its Lincoln-era appearance. Spectators' galleries were reconstructed in the Senate and House chambers in the 1970s, and restoration continued thereafter. 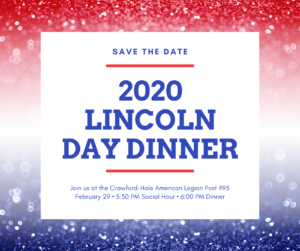 Join us to celebrate Republican successes this year and support your Republican candidates in the 2020 election! Speakers will include State Senator Jason Plummer, State Representative Blain Wilhour, your Fayette County elected officials, and candidates for 2020 elections. A silent auction will be held to benefit local and county Republican candidates. Tickets are $20 per person and may be purchased Continue Reading
6:00 pm Soulroot in Vandalia, IL! @ Vandalia Moose Lodge 1447
Soulroot in Vandalia, IL! @ Vandalia Moose Lodge 1447
Feb 29 @ 6:00 pm – 10:00 pm 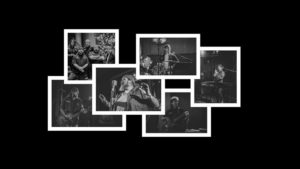